Sustainable Homes in the Highgate Society

by Catherine Budgett-Meakin and Jackie Jones

We think that homes matter: they provide more than just shelter; they provide a personal and family environment, a sense of place and security, a base from which to relate to neighbours and the community, a space for creativity and hospitality. They support us to live healthy, fulfilled lives. And together – especially somewhere as architecturally rich as Highgate – they provide a sense of local identity.  We’re aware that Highgate is an affluent area, and that most of the people reading this are privileged enough to live in ‘nice homes’ – yet they may not be warm in winter, or may incur high fuel bills. We aspire to making our homes fit for the 21st century – retaining their character, providing high levels of comfort, and significantly reducing their carbon emissions.

Both the Climate Change Act 2008 and binding EU targets commit the UK to reducing carbon emissions significantly.  Achieving this will require a complete transformation of the UK’s existing homes to reduce dramatically domestic emissions – and it’s perfectly possible to reduce the carbon emissions from a home by between 60% and 80%, as some local homes have shown. About 30% of UK’s carbon dioxide emissions come from energy use in the home, with heating and hot water responsible for about 75% of that. (And carbon dioxide emissions from the wealthiest 10% of UK households are twice as high as those from the poorest 10% from energy consumed in the home). Some 85% of the UK’s existing homes will still be in use in 2050, presenting us with a national low carbon refurbishment challenge. Some 6-7 million houses with cavity walls, 7 million lofts and 1 million homes with solid walls need to be insulated by 2018.

When I became Chair of the Highgate Society in 2009, I was determined to bring something really ‘environmental’ into the Society.  The Environment Committee (which has existed since the Society started in 1966, and on which the reputation of the Society is justly built) has largely been concerned with the built environment of Highgate and also streetscapes, including tree preservation.  During my first year as Chair, I set about reorganising the Environment Committee: instead of one group, we built a new structure with sub groups – this had the effect of opening up opportunities for new activities and initiatives.

In early 2011 I went to see Jackie Jones and suggested that we might develop some ideas around ‘sustainability’.  Richard Webber said to me, helpfully, that for anything to be accepted, we had to create an idea which would develop into something which would ‘make the Highgate Society even better’.

We had a meeting in October 2011 with Sarah Harrison (who runs her own eco-refurbishment consultancy: http://www.eco-refurbishment.co.uk/), Jackie Jones (who has a professional background in energy efficiency and event organisation), Gail Waldman, Michael Hammerson and Marius Reynolds.  Both of the vice presidents of the Society were impressed by the knowledge and expertise demonstrated by Jackie and Sarah. Elspeth Clements also supported the initiative.

The group began to think that a focus on making homes sustainable and ‘fit for the 21st century’ would suit the ethos of the Society.  In due course Jackie applied for Haringey 40-20 funds, got the money and the group moved forward. After my term as HS Chair came to an end in May 2012, we sorted out our future strategy and I took over as Chair.  We were subsequently joined by Sydney Charles, Cara Jenkinson (of the Muswell Hill Sustainability Group) and by Jill Boswell.

In September 2012 the group held an astonishingly successful weekend event: 21st Century Homes – character – comfort – low carbon.  On the Saturday, Channing School generously allowed us to use part of their classroom block for what was, in effect, a conference.  Three rooms were given over to installers of various kinds – insulation, solar panels, energy-efficient lighting etc.  And one classroom became an ‘auditorium’ for the day with short presentations from home owners who had improved their own houses and therefore reduced domestic carbon emissions, and from speakers from across the range of installers.  Every session throughout the day was packed out.  About 250 people came during the day.  Jackie had ‘branded’ the event most cleverly, with the Society prominently displayed on all the publicity material and the distinctive yellow bunting.  Many people who had not before had any connection with the Society came to the event.  The Society’s planning group had a table throughout the day, giving further ‘exposure’ to the Society.  The Sunday saw visits to six local houses where energy efficient measures had been installed – each householder was able to enthuse about what they had done.  A second similar event was held in September 2014: again many people came and were impressed by what they found and learned.

We held a ‘winterproofing your home’ workshop which also attracted a good crowd, many of whom were new to the Society and held a joint meeting with the Environment Committee’s Planning Group on Conservation and Sustainability, with a speaker from English Heritage and a number of different perspectives represented on the panel.  The group organised thermal imaging for 34 homes in early 2013, followed up by a workshop to analyse the findings.

Early in 2014 we held a ‘Be Warmer Event’, aimed principally at older residents who have cold and draughty homes and do not want to spend large sums of money.  About 20 people came – most not known to us – which means the SH group is, once again, tempting non-HS members into 10a and to the Society.

2014 saw the launch of the Homeowner Packs: prepared for the local estate agents to hand to anybody buying a local property, the aim was to encourage new Highgate residents to make the energy efficiency measures while they were carrying out the inevitable changes new homeowners embark on.  These packs are available to Highgate Society members and others at a discounted price of £5.

Below is a short extract from the pack:
Most of us have groaned “if only …” when we realised we’d done work on our homes without taking the opportunity to improve the comfort and energy profile. If only… we’d insulated properly before putting down those ceramic floor tiles; had the builders fill the hole where the kitchen waste pipe exits; put in LED lighting; given the attic a clean out and insulated it properly; thought of adding a solar PV roof; insulated that wall before putting in the fitted shelving and cupboards.

Recently, in early 2015, we’ve been supporting the SmartHomes initiative – six of our local boroughs working together to encourage wall insulation through grants to householders.  Once again, the Sustainable Homes group has managed to access funding to support its work.

If you think you would like to create a 21st century home – or at least make a start – take a look at our website: www.21stcenturyhomes.org.uk, come along to our local events, or order a Homeowner pack. And do get in touch 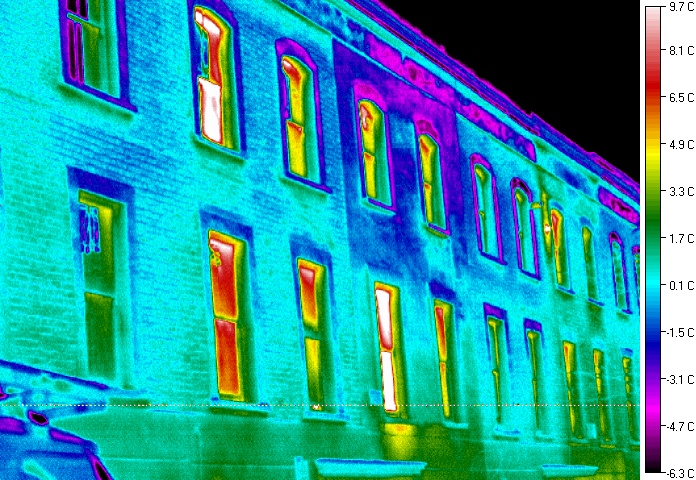