The Story of the Highgate Society

The publication of “The Story of the Highgate Society” played an important part in the Society’s fiftieth anniversary programme.  Subtitled “Life in a London Village”, in its 175 pages the idea was to use material from the Society’s quarterly magazine “Buzz” to describe the evolution of the Society and its activities over its first fifty years.  These changes are described in the context of the wider social changes that have affected both British and Highgate society during this period.

Before it sets out telling the story of the Society, the book’s first two chapters give an insight into the key environmental and planning disputes which preceded and led to the formation of the Society in 1966.  It ends with a chapter on the origins and evolution of the many other Highgate voluntary organisations, such as Jacksons Lane, that have been founded by members of the Society.  We suspect that there are few better accounts of a local amenity society over a period of fifty years or indeed a better account of the apparently paradoxical phenomenon of life in a “London Village”.  Its comprehensive index makes this a useful reference book. 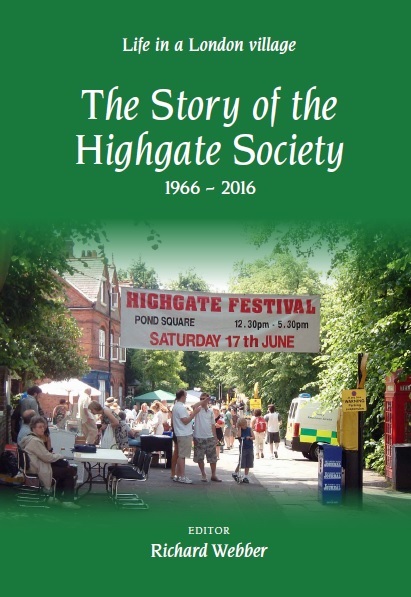